i-80 holds a 100% interest in the McCoy-Cove project located on the Battle Mountain Trend, immediately south of Nevada Gold Mines’ Phoenix operation. With historic production of approximately 3.3 million ounces of gold and more than 100 million ounces of silver, the property is host to one of the highest-grade undeveloped gold deposits in Nevada. A Preliminary Economic Assessment (PEA) for McCoy-Cove was completed in 2021 that indicates strong economics. Future work will include the construction of a decline to complete definition drilling from underground drill stations in advance of completing a full Feasibility Study.

The total land package of the McCoy-Cove property consists of approximately 31,000 acres with excellent exploration upside.

The McCoy-Cove deposit is in the McCoy mining district in the Fish Creek Mountains and located approximately 40km southwest of Battle Mountain, NV.

Mineralization at McCoy-Cove is hosted within the Helen, Gap, CSD, and 2201 zones that are located below and extending ~2000 ft northwest of the historic Cove pit. Three main types of mineralization occur within the property including (a) Carlin-like carbonate replacement deposits at Cove in the Helen, CSD, and the Gap zones, (b) polymetallic sheeted veins in the deep 2201 zone and (c) skarn mineralization at the historic McCoy pit ~1km southwest of the Cove pit. Although most well-known Carlin-type deposits are hosted in Paleozoic slope and shelf carbonates, host rocks at McCoy-Cove are silty to massive limestones and dolomites of the Triassic Star Peak Group. Limestone and silty limestone of the Favret Formation (~700 ft thick) are the primary host for Carlin-style mineralization, and the Dixie Valley Formation conglomerates are the primary host of polymetallic vein mineralization in the 2201 zone. Structural controls on mineralization include the broad, gently southeast-plunging Cove anticline, several northeast striking dike-filled normal faults (Cay, Blasthole, Bay, 110, Gold Dome), Cretaceous mafic sills, and rheology contrasts. Carlin-style mineralization is characterized by gold in arsenic-rich rims overgrowing pre-ore pyrite, and is associated with decarbonatization, silicification, and argillization of the host rocks. Polymetallic mineralization in the 2201 zone consists of manto-style carbonate replacement beds and sheeted quartz-carbonate veins with visible gold, pyrite, sphalerite, and galena with minor arsenopyrite, chalcopyrite, and pyrrhotite. Alteration in the 2201 zone includes predominantly argillization and silicification. 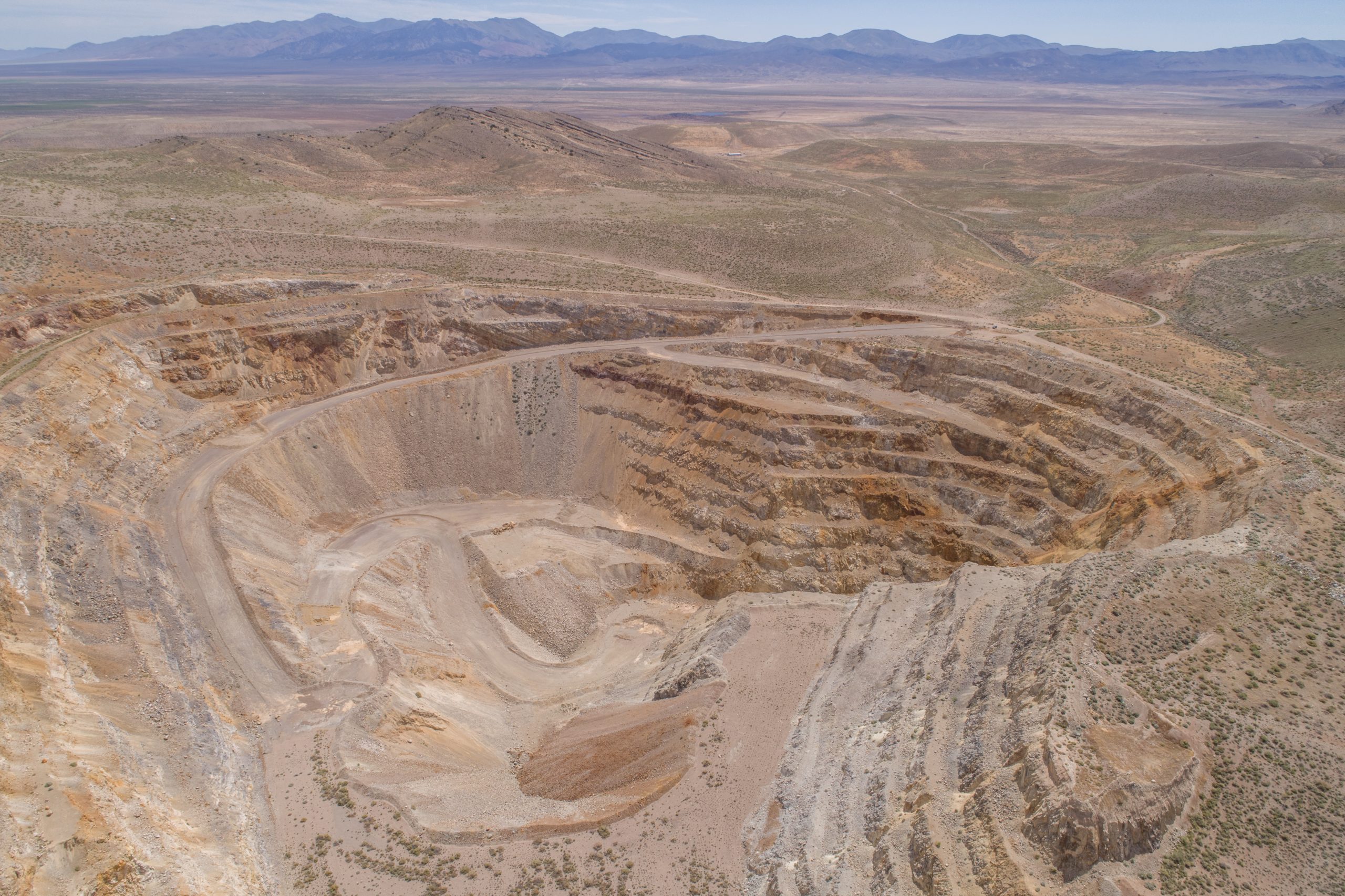 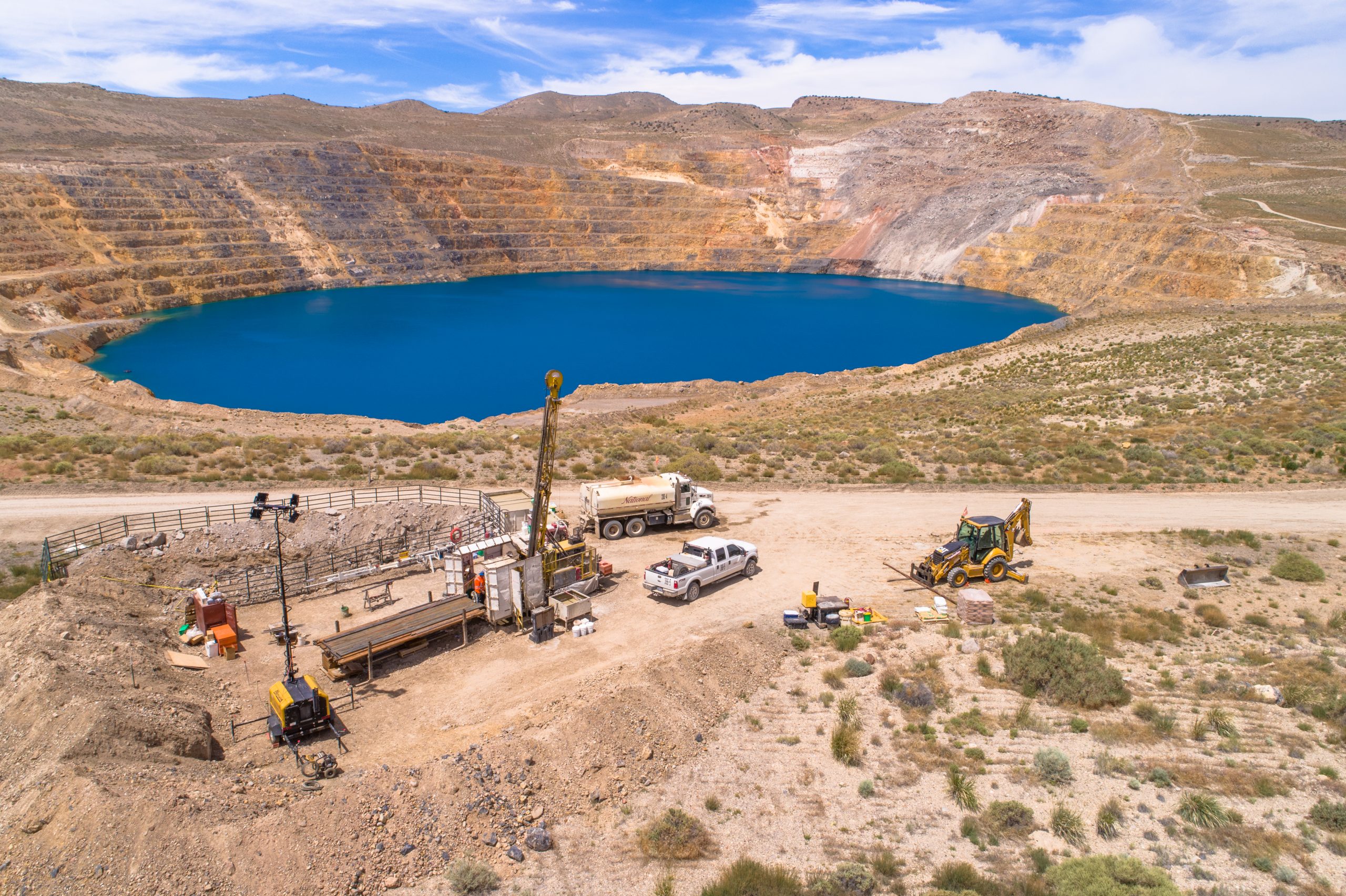 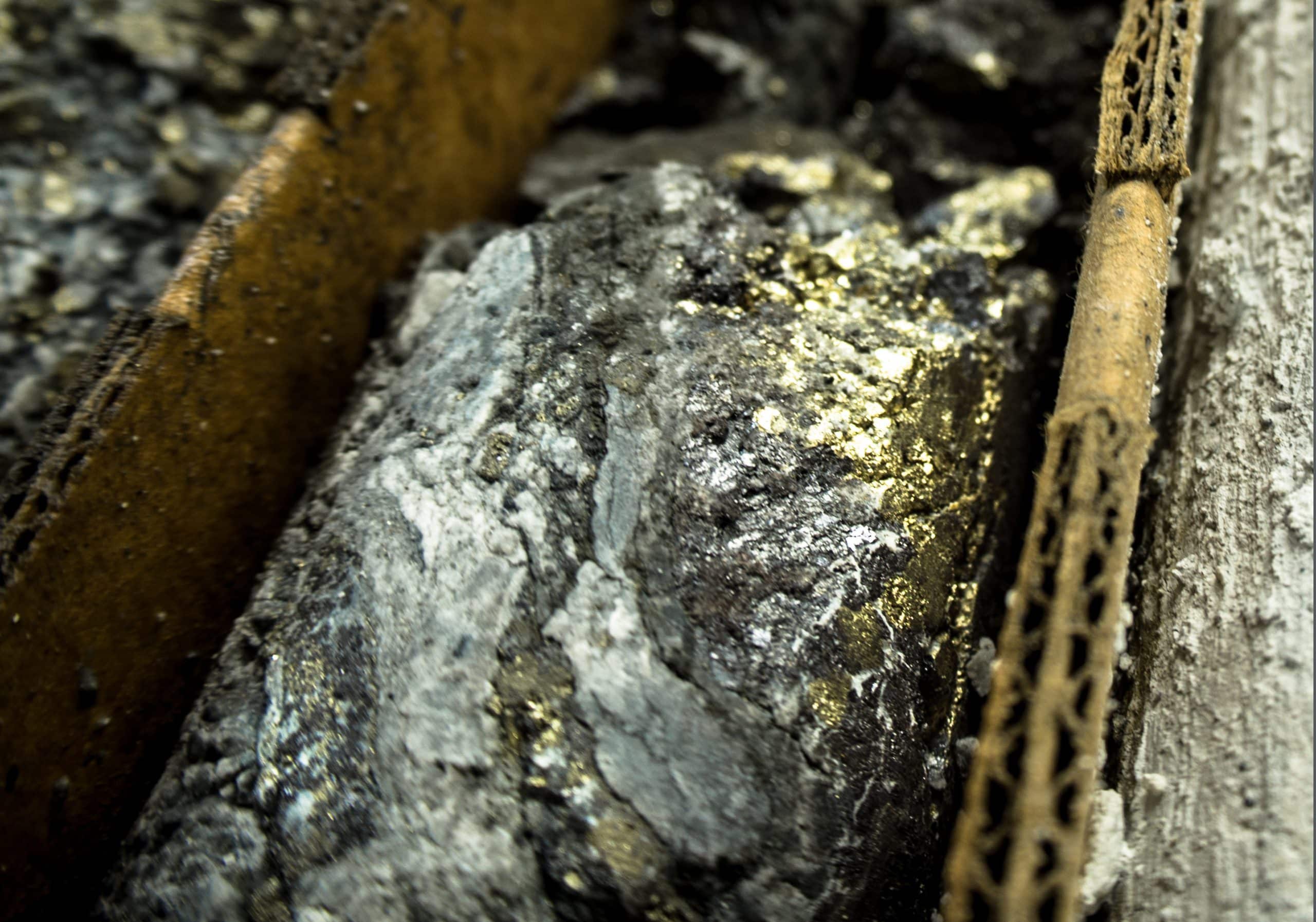